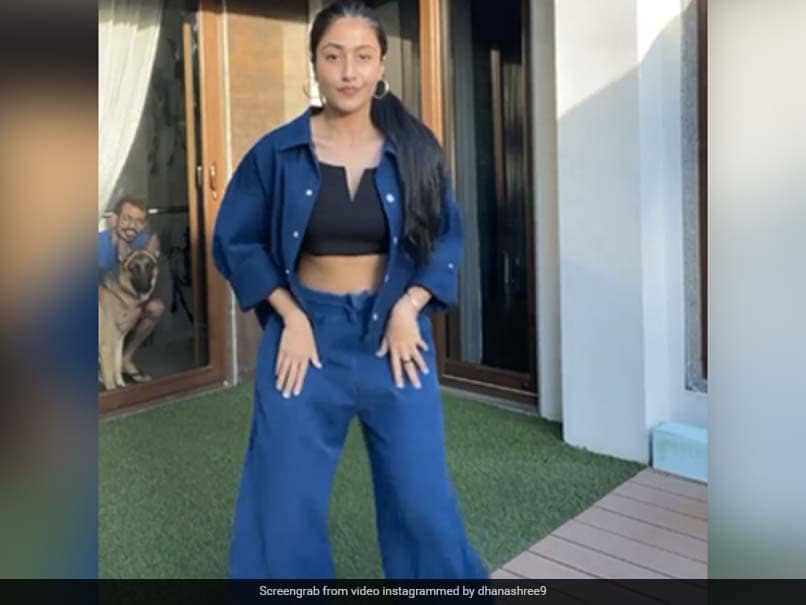 Dhanashree Verma shared a video of a dance she had uploaded a day before, but with a twist.© Instagram


Dhanashree Verma on Sunday took to Instagram to share a video of a dance to a latest trend. She had uploaded the same dance on Monday, but with just one twist. The twist? In Monday’s video, her husband – India cricketer Yuzvendra Chahal – can be seen peeking from behind the curtains along with their two dogs. “When you have the best audience watching you,” Dhanashree captioned the video. “Work from home they say. This is how they wanna get featured in my videos,” she added.

Chahal commented on the video with two laughing emojis and a heart emoji.

“Keeping up with the trend in this not so calm environment. Btw posting a dance reel tomorrow on the same track but with a humorous touch. Any guesses what’s gonna happen ?” Dhanashree had captioned her video on Sunday.

Yuzvendra Chahal’s parents had recently tested positive for COVID-19 and his father had to be hospitalised as his conditions deteriorated.

He recently revealed that his father’s condition had improved and he had returned home.

Chahal was playing in Indian Premier League (IPL) 2021 for Royal Challengers Bangalore before the tournament was postponed.

Chahal revealed that he had found out about his parents contracting the virus a day before IPL 2021 was suspended and that he would have taken a break if the tournament had gone on.

EU Covid-19 ‘vaccine passports’: How they work, and who is eligible

What’s happening on the final day, and what we’ve learned so far